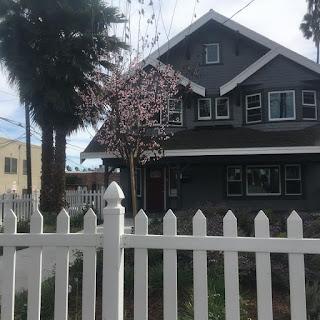 
Those who follow my blog know that I often stay at the very top level of accommodation when travelling on work projects.

In Jamaica, for example, we stayed at a luxury local resort... Caribbean style! ...

...and soon I’ll be telling you about our Washington DC trip, where my husband,fifteen year old son and I stayed at the Omni Shoreham Hotel, one of the most storied hotels in Washington DC - a city of storied hotels - where nearly every president since the 1930s has held their inaugural or other important balls . Much more on THAT incredible adventure later -and you want to check that blog out! (Turns out, the vice president was there when we were but that’s another (Washington, DC story….)

In Hollywood,  though I wasn’t staying in a five-star hotel...and I didn't mind a bit!

I could pretend that I was ...do some kinda spin the truth bad movie publicist thing and not tell you that I was ACTUALLY staying at a really cool and affordable travellers hostel.

But that would be wrong because then you wouldn’t know about this place...and since the whole POINT of a travel blog is taking you where I go so you can discover the things I discover...

so here it is!

So first let me preface this by saying these people have no idea I’m writing it and I didn’t tell them I was a publicist, and I wasn’t even a travel blogger when I stayed there.  I haven’t contacted them since - and I’m really just giving you this review to let you know that there is an affordable place for a single traveler to stay in LA and I actually still can’t believe what I found just around the corner from Hollywood Boulevard!

I had booked it online site unseen so I could’ve been walking into anything really.

And to be honest,  I was kind of afraid that I'd regret it... Sure there was some really nice bright photos on the Internet and the place looks clean in the pics and most of the reviews were good but still…

So I have to say I was pretty thrilled when we drove up to the repurposed beautiful home right around the corner from Hollywood Boulevard.  The house looks clean and welcoming the yard looks great and I walk through the big white gate.

Inside, the entryway and lounge area look just like it did online.... 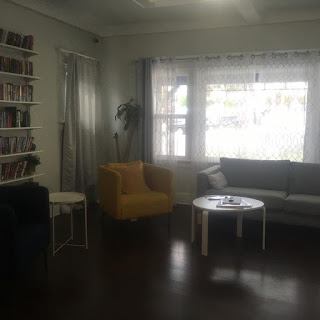 right down to the welcome to Hollywood sign sitting on the desk : 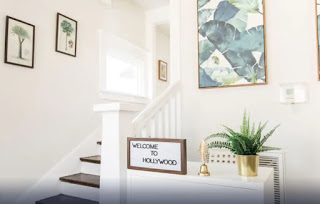 I picked it up for a selfie and noticed it was missing A letter but who’s complaining, 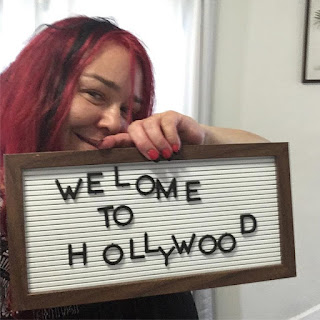 Of course I took the selfie anyway.

First I’ll tell you about the only two negatives about the place.

And they’re not really negatives - not when you consider that you can book this place for $30 Canadian a night -  that’s about US$25!

So first of all - for that price you get a bed in one of two bunkbeds in a room.

Yep it’s hostel style dormitory style accommodation - the likes of which I remember from wayyyyy back when I was backpacking through Europe, age 21.  (Which, by the way, I HIGHLY recommend everyone do in their youth! Best trip EVER though after 3 months of backpack through several countries together, my high school best friend and I barely spoke again after we got back.. though she did end up introducing me to the guy I've been married to for more than 25 years, 3 years after we got back from our Euro travel adventure!) )

For those who aren't familiar with the concept of travellers hostels -- They are NOT crash pads for locals.  Normally you can't stay at one unless you have an out of town address.  Everybody there is from out of town, and in Hollywood for a professional reason something work or school related primaril.

I’m sure there was some tourists there but everybody who was there when I was seemed to be pretty busy and pretty engaged.

The first night I was there I shared my room with two girls who  were travelling together and one single traveller.

The two girls left the next night, another couple of girls arrived everybody kept them to themselves but they were friendly and polite. No one bugged you.

The other negative was that you couldn’t drink there -  that was actually positive for me because really who wants to hang around and shared accommodation with a bunch of people drinking - that  could get sketchy.  But you also couldn’t smoke which means I couldn’t medicate without legal California cannabis - not on property anyway. 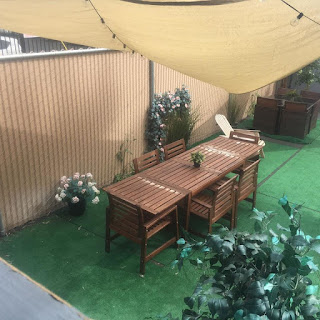 Not even in this nice little outside area above.

I asked though and they had no problem with me going just outside the property to smoke late at night. And that they told me that was a better idea than walking very far away - though I was also walking all up and down Hollywood Boulevard smoking on the walk of the stars at midnight as you can see in some of the selfies I shared earlier.

But it was sparkling clean well taken care of quiet safe And with a nice chill backyard area which I admittedly didn’t spend any time in because I was too busy having fun in Hollywood Boulevard… and when I saw the breakfast man I could not believe that was provided with that lesson $30 Canadian per night price. 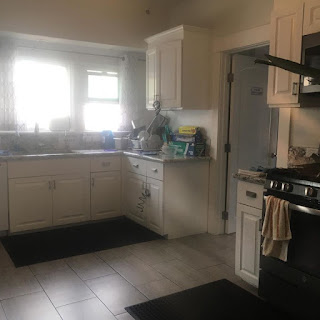 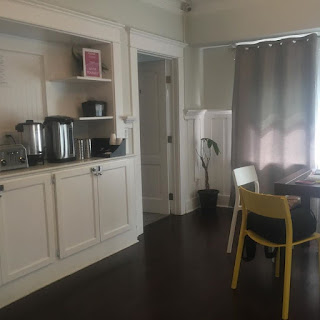 Hard-boiled eggs, sausages, yogurt, waffles, toast, croissants, apples, bananas… Cereal too. Milk. Coffee. Orange juice. Several kinds of tea. Take as much is you’re hungry for and even take a fruit or yogurt for the road.

Of course I took some pics… 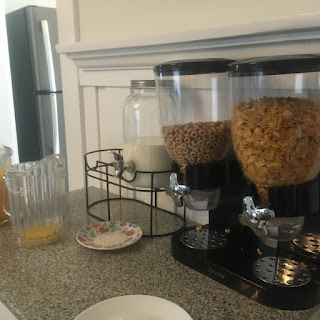 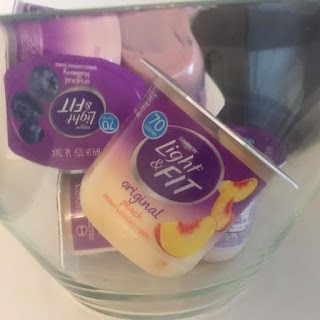 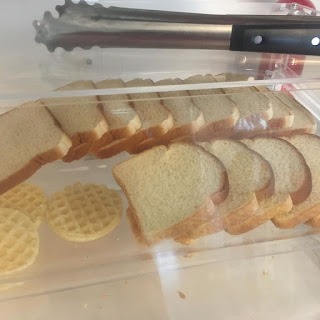 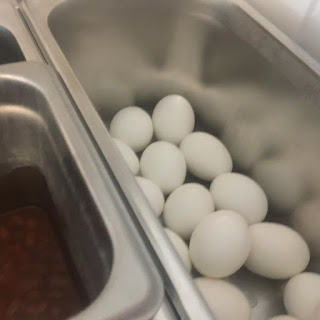 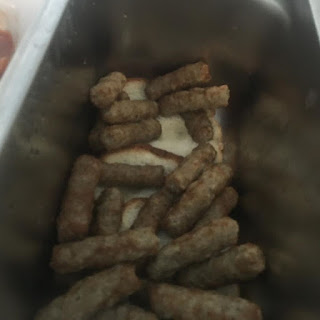 Anyway I thoroughly enjoyed my stay there and I highly recommend it to anybody looking for a budget accommodations. You can’t smoke there and you can’t drink there and you’ve got to share a room with a couple of nice quiet people. But if you’re looking for cheap safe quiet and clean in Hollywood well you just cannot do better...

Not So Good:
You can't smoke cannabis on the property - even in the nice backyard which would be a perfect spot to chill with a nice joint otherwise.  I get it though - they keep alcohol and weed away because they don't want it to be a party place.  They don't mind if you stand out front just off the property and smoke though..

Shared accommodations make me sleep with my essentials in the bed with me, but for 20 bucks a night in Los Angeles what can you expect?

No TV, but who the hell comes to Los Angeles to sit around and watch TV?? I wouldn't have watched it even had there been one there.

Great :
Plugs for your charger right at each bed

What Other People Said :

Check out the reviews on Tripadvisor, etc...
A few were negative, but I don't think they understood the hostel concept - it's not a private hotel at twenty bucks a night - but it's a clean, safe space.

I agree with these reviewers :